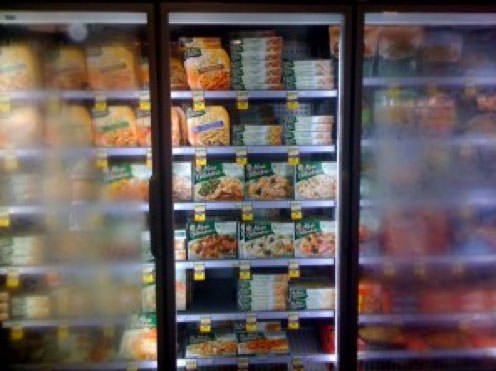 High-traffic commercial environments can be demanding and require specific solutions to keep them operating as they were designed to function. Two specific solutions where window film can help is with preventing supermarket freezer doors from fogging up and reducing the spread of germs on hard surfaces.

Designed to be easily replaced, Solar Gard Antimicrobial Films provide a virtually invisible barrier that protects flat surfaces from permanent damage. They also feature BioCote® proprietary silver ion technology, which is applied during the manufacturing process of these films.

Silver’s scientifically proven antimicrobial properties protect these films from the negative effects of microbes by inhibiting their growth on the protected film’s surface. With a long history of success as an antimicrobial, silver is one of the most widely used technologies in the world.

The BioCote® technology in Solar Gard Antimicrobial Films reduces microbial activity the moment microbes come in contact with the surface, protecting the film from odor and stain-causing microbes to keep it cleaner and fresher for longer.

A common problem with reach-in display freezers in supermarkets/grocery stores is poor visibility, due to fog formed on the internal surface of the glass when the freezer door is opened. The cold inside surface meets the humidity and higher temperature in the store, causing poor visibility for customers resulting in lower sales. Clarifoil® high-performance Anti-Fog film applied on the inside surface of the glass prevents fogging when a door is opened and keeps the glass transparent.

Many commercial freezer doors are equipped with electrically heated glass to help avoid fogging. The superior fog resistance provided by Clarifoil® Anti-Fog film allows the power to the heaters to be significantly reduced or in some cases even completely switched off to save energy and reduce electricity bills without sacrificing product visibility. Energy efficiency rebates are available from utility companies in some countries.