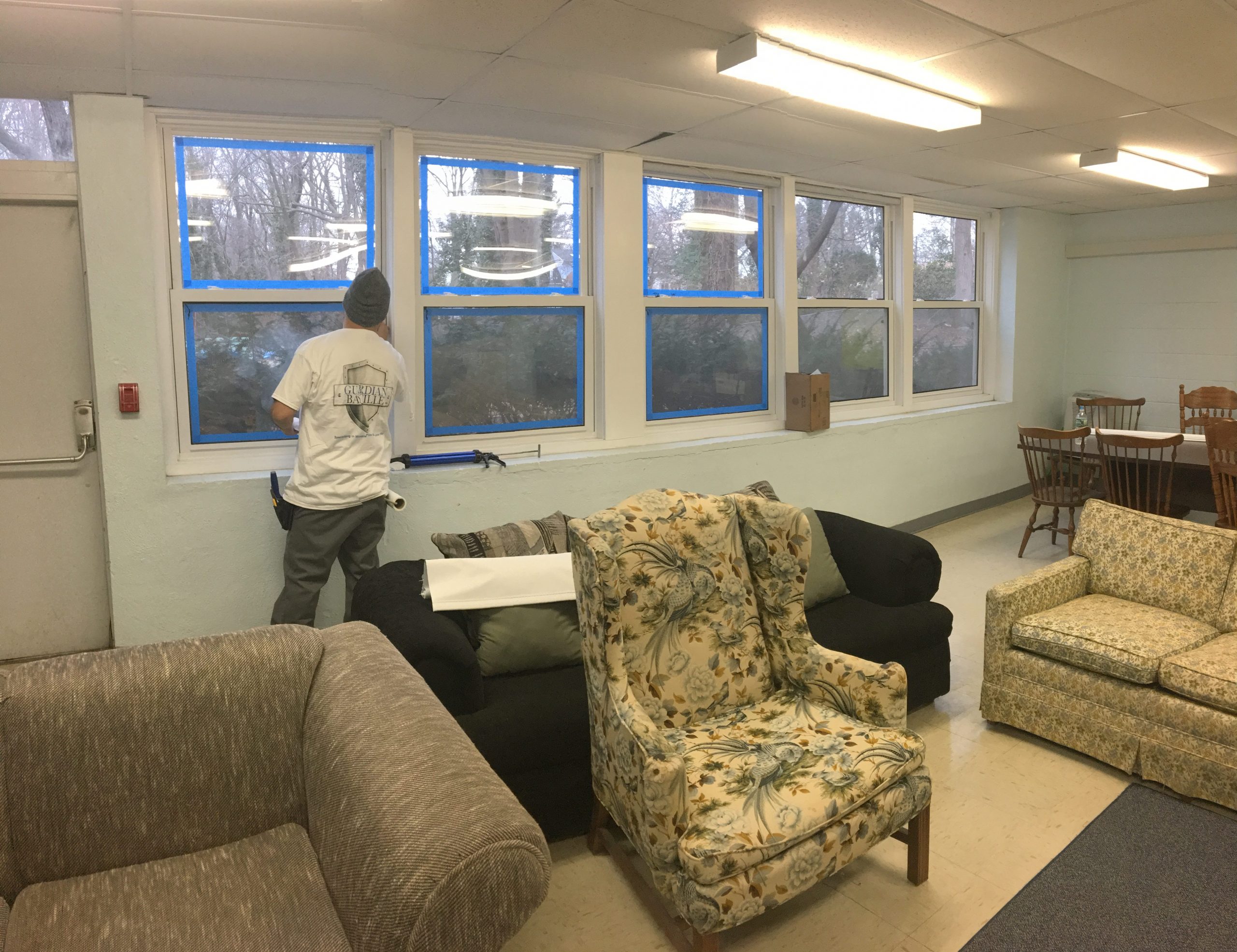 What is an attachment system that is used in Safety & Security Window Film applications?

It is a proper installation technique to leave a small space or light gap on the edge of the glass where the window film terminates to not touch the frame. This small space creates a light gap that is called a “daylight opening.” The name was derived from the fact that on a tinted solar control film you will see the contrast between the tinted solar film and the small space that is left untreated on the window’s edge where you can see the sunlight entering. If the window film were to be installed on the edge of the frame, it would peel after a few short cleanings because it would not have a perfect bond to the glass. There is one exception to install the film on the frame and that is for a Mechanical Attachment System.

There are two classes of attachment systems are:

These two methods of anchoring the safety film to the windows frame both have their place in our industry. Mechanical systems are used about 5% of the time. Typically, these are used on window systems like door units.*

* These are the exception to a standard window film where the film is installed onto the frame with no daylight opening. The excess film will then be fastened to the frame with screws and a metal batten bar. Typically, an aluminum cap is attached to the batten bar to provide a finished look.

The installation steps for a wet glazed attachment system:

The finished product will appear very similar to a brand new window unit.

Three reasons why you should pair your safety & security window film with an attachment system: