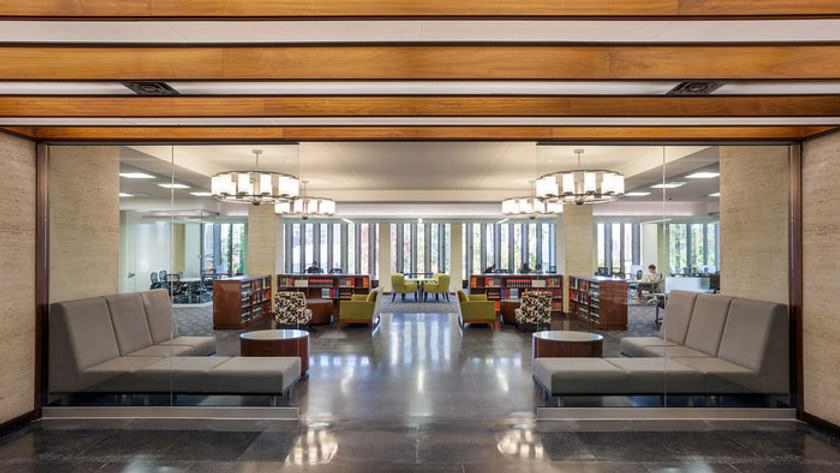 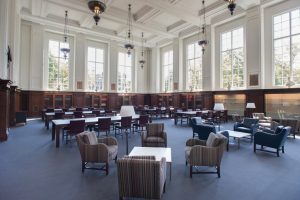 “Solar Gard® Panorama® window film saved us from having to completely replace the 300 punch windows that make up the Rock, and that could have been a substantial expense for the University. I can honestly say that this window film project has resulted in more positive compliments from faculty, staff, students and visitors at the University than any other project. Everyone loves being able to see clearly.” Jeffrey Parker, project manager, Brown University

When Brown University’s project manager, Jeffrey Parker, was tasked with replacing the 1970’s “alligator-ing” window film installed on the John D. Rockefeller, Jr. Library – affectionately called “The Rock” – he knew he needed a product that would stand the test of time without defeating the original transparent design intent of the building.

The seven-floor public library houses extremely rare and historic collections of books and references, so the primary goal was to add a film that would block UV light to protect against fading. Second, the film was needed to maintain a cool and comfortable work environment for library personnel. Third, the original design of the library was intended to allow a clear twoway view in and out.

After considering other film brands, Jeffrey Parker and his team consulted with Richard Eannarino of New England Sun Control to select Solar Gard® Panorama® Hilite®. With Solar Gard® Panorama® window film installed, “The Rock” is staying true to its original architecture of allowing visitors looking from the outside to have a clear view of what is happening on the inside. Today, masterpieces are being protected, and those who are working and studying inside the library are kept cool.

“Gone are the days of purple, peeling and distracting window film for Brown’s library,” said Richard Eannarino, president, New England Sun Control. “University officials realized the benefits of window film back in the ‘70s, but today they understand the importance of having a sophisticated, unobtrusive, film to provide endless benefits all year-long, just as Solar Gard® Panorama® window film provides.”