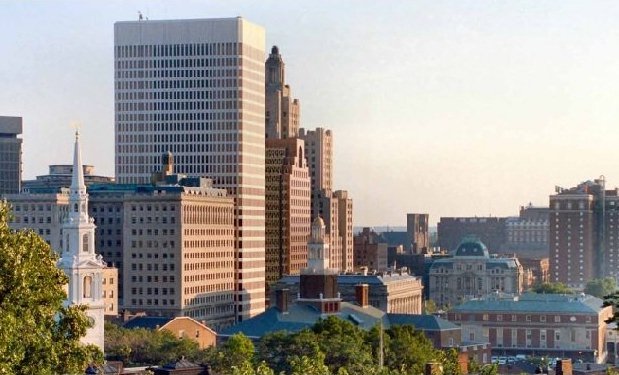 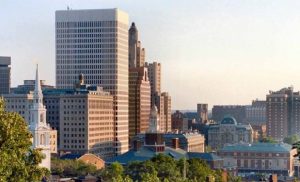 To lifelong Rhode Islanders, this building is often referred to as the Hospital Trust Tower. This is another 1970’s high-rise designed with single-pane glass to capture passive solar heat gain in cooler months.

It was not uncommon that in the morning, in the cooler months, that the East side of the building would heat up to the point where the need for cooling was required. This in turn would freeze out the tenants on the West side of the building. Not only were there unhappy tenants, the extra stress on the building’s HVAC was increased.

Over the past 44 years, we have installed reflective bronze commercial grade films to help combat the imbalances of heat load that taxes the HVAC systems.