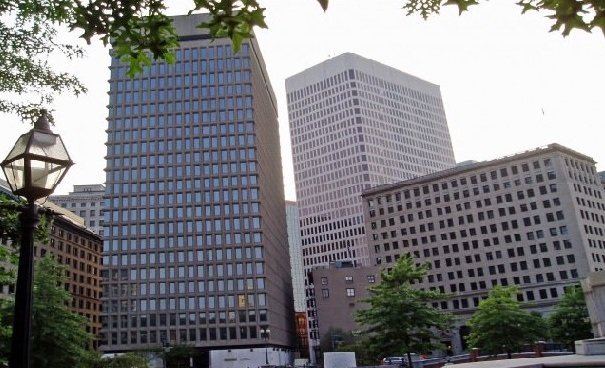 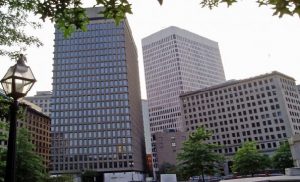 Similar to the One Financial Plaza & The Rockefeller Library, 40 Westminster Street was built in the time frame where passive solar heat gain was designed into the building. The Textron building has a dark smoked single pane glass which helps control glare but does not reflect much of the heat. Textron was experiencing the same issues as Hospital Trust Tower.

We added a silver reflective film to these windows to reject the maximum heat load. When the highly reflective silver film was added behind the existing smoke glass, it gave the look of an expensive reflective glass that you will find on most modern buildings today. The return on investment payback period for this project was under two years.

After 9/11 we replaced all the film in the building with a silver solar safety film to add some additional protection for the building’s occupants.